Medicating our kids, Is ADHD Real?

What parent doesn’t know a kid on medication for ADHD, attention-deficit hyperactivity disorder, the new name for what we used to call ADD? 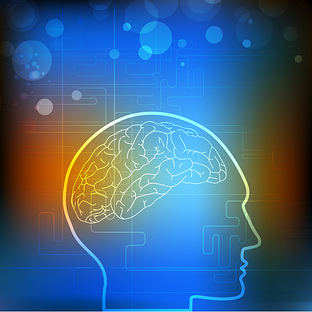 There has been a consensus among many educators and doctors that ADHD is diagnosed and medicated entirely too easily and frequently. Don’t get me wrong, most healthcare providers accept ADHD as a genuine disorder in a small number of individuals with severe symptoms. The debate really centers around the diagnosis and treatment of the much larger group of patients exhibiting less severe symptoms.

Pushing the debate even further is a Chicago physician by the name of Richard Saul, M.D. the founder of the Diagnostic & Developmental Center. For thirty years he has been specializing in Behavioral Neurology and Development, treating children and adults with developmental, educational and behavioral problems.

A Collection of Symptoms?

In his new book, ADHD Does Not Exist, Dr. Saul argues that the disorder is really a collection of symptoms from any one of over a dozen physiological disorders: including vision or hearing problems, mood disorders, sleep disorders, even something called Fragile X Syndrome. Amazingly, he has also identified giftedness as a possible cause of the same symptoms. Helping his case is the agreed upon fact that the root of ADHD has not been identified, and that it is, essentially, a description of symptoms rather than causes.

Is A Pair Of Glasses The Solution?

The solutions he identifies from his three decades of seeing these patients are as simple as a pair of glasses, a hearing aid, an antidepressant or even just moving to a harder class. He contends that simply by providing an old-school comprehensive exam, the kind that takes a few hours, including a complete history, a battery of physiological and neurological exams and a good long discussion, the cause can usually be deduced.

Hoping for an ADHD Diagnosis

The problem today, as most of us already know, is that people are hoping for an ADHD diagnosis. The stimulants that accompany it are powerful stimulants that help you focus, give you energy and even help you lose weight if you want. High school students, college students, even parents are marching into physicians’ offices armed with the textbook description of ADHD symptoms, probably right out of wikipedia.com, in order to get these wonder drugs. Don’t forget all of their friends that end up “sharing” these pills.

Overworked, Overscheduled and Stressed Out

This hunger for ADHD often stems from the fierce competition in education today. Students of all ages are overworked, over-scheduled and way too stressed about school. This is well exhibited in the dramatic documentary Race to Nowhere. As is the case with many aspects of American life, people are looking for the quickest easiest solution, many times a pill. Parents and students are convinced that these stimulants are an essential part of succeeding in school.

The Issues Are Global

It doesn’t end there, in 2009 almost 10% of Major League Baseball players found a way to be diagnosed with ADHD just to get around the ban on stimulants. Countries all over the world are dealing with the same issues.

The problem most professionals believe is that prolonged exposure to these medications can cause problems. Patients grow resistant to them, requiring more and more. Even more worrisome is that they can mask and exacerbate other conditions, including some masked root causes. A good example of this is trouble sleeping and increased anxiety among students with mode disorders. A common phrase in Dr. Saul’s book is the treatment delayed is treatment denied. Simply by jumping to the conclusion of ADHD, doctors are missing other, possibly, serious illnesses.

I wonder what we will be saying about ADHD in five years. Will it still be a “disorder”, will doctors still be medicating students with barely an exam or will we have moved on to the next wonder drug?

Gil Gibori is the Director of Chicago Academic Tutoring & Test Prep. Connect with Gil at gil@chicagoacademic.com.