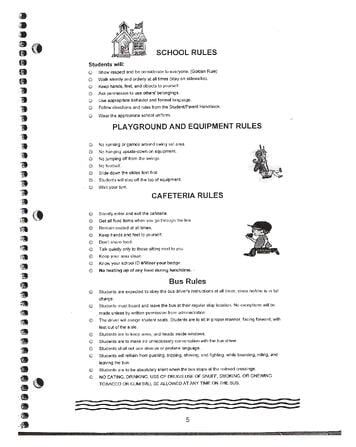 Getting her son into one of the city's best magnet schools for preschool didn't mean Rosa Yang Kato could relax about kindergarten.

A year later, Kato is back at the starting line. Preschool programs at many magnet schools do not directly feed into kindergarten, so Kato is again visiting open houses at Chicago public schools, schmoozing with moms, attending parent seminars and figuring out what she needs to do to secure a seat at a top-tier elementary.

"During drop-off, pickup, on the playground, it's what all the moms talk about," said Kato, who has been so disheartened at times that she has turned to documenting the experience on a camcorder.

"I feel like I'm at the mercy of this system, like the fate of my 4-year-old is in the hands of a plastic (lottery) ball."

Every year, the competition for a precious spot in the city's top schools is fierce. Many neighborhood schools have significantly lower test scores, and parents see the competitive and magnet programs as their only option for a good public education.

But the odds of their children scoring a seat in one of the top schools are slim. And the nerve-racking admissions dance has become even more complicated by the fact that the rules keep changing — twice in the last two years.

Last year, the guidelines were rewritten to take an applicant's race out of the equation and replace it with socioeconomic factors from the applicant's neighborhood. This year, further changes to increase diversity were approved at a board meeting just a month before the Dec. 17 application deadline for the 2011-12 school year.

Even parents who thought they mastered the old system are at a loss, some wondering if their younger children will have the same opportunities as older siblings.

The bottom line is that there are many more children than spots at the elite schools. Last year, 13,065 teens took a test for 2,942 seats at the selective-enrollment high schools. For top selective-enrollment elementary schools, 10,050 students applied for 1,787 seats. Magnet schools, which choose students via computerized lottery, saw 31,185 applications for 3,352 spots.

"We're saying lots of prayers," said Jenny Khalaf, whose eighth-grader is hoping for a shot at the city's most competitive high schools. She said her daughter has had virtually no social life for two years and has forsaken extracurricular activities for extra math, English, science and language arts lessons. "We're hoping all her hard work pays off."

With multiple formulas to understand, depending on what kind of school they're applying for, some parents pay for expert help.

On a recent Saturday morning, about 50 parents paid $20 and crammed into a Park District room in hopes of learning how to crack the code from Christine Whitley, a therapist whose daughter got into kindergarten at one of the newer, coveted schools, Skinner North Classical School.

The seminar is part of a cottage industry of parent-led information sessions that explain Chicago Public Schools offerings.

"There just was a real need to help parents navigate this really complicated process," Whitley said. "Most people are feeling overwhelmed. They don't feel like the neighborhood school is an option, and (the selective-enrollment process is) like a part-time job — doing the research, getting all the paperwork. Parents know there's a lot of information out there, but they don't know how to find it or what information to trust."

CPS' own school open houses and information sessions are packed across the city. Parents come eager to learn about the schools and the process, only to be told by principals that their chances of getting in are slim.

At a recent open house at Franklin Elementary Fine Arts Center, a magnet school in Old Town known for its arts program, Principal Carol Friedman told parents there were only 30 slots open for next year's kindergarten.

"Apply everywhere," she told them. "You might get in."

Misty Drake lives in Austin. She and her husband have been visiting schools and attending CPS programs since their daughter was 18 months old, trying to make sure they knew everything before applying for kindergarten. Still, Drake said, they continue to get good tips. Last week, she said, her husband learned that they needed to start the online application process a week before the deadline to get a PIN number in time.

"This is just such a ridiculous process," said Drake, an administrator at a community health center. "You have to totally be on top of it, checking the CPS Web site, going to open houses."

A federal order banning the use of race as a key admissions factor led CPS last year to adopt a new format to address diversity. CPS evaluated the city's 874 census tracts on five criteria: median income, adult education, percentages of single-family homes and homeowners and the percentage of children living in non-English-speaking households. This year, a sixth factor will be added: performance of schools in that census tract.

Applicants are placed into one of four socioeconomic tiers based on these criteria.

Last year, 40 percent of openings in selective schools were awarded based solely on academic merit, and the rest were divided among top-scoring students in the four socioeconomic tiers. This year, the ratio has been changed to 30-to-70. Parents such as David Galowich feel the new rules are punishing kids who score well simply because they live in a decent neighborhood.

His youngest son applied to Whitney Young last year as a sixth-grader, hoping to get into an early acceptance program that his older brother had gotten into just two years before. But despite earning higher scores than his older brother, he didn't get in, Galowich said, and he wonders what his odds will be like for high school.

"Kids he knows with less-than-stellar scores got in just because of geography," said Galowich, a Lincoln Park resident. "It's really frustrating seeing a child like my son who has worked his tail off not get in, only to have people less qualified get in."

Ron Huberman, whose last day as schools CEO was Monday, has said the latest admissions rules are only for one year and could be tweaked again next year to best promote diversity. CPS spokeswoman Monique Bond said the guidelines keep changing because the schools system is in "unchartered territory."

"We believe that once the process has been completed and we have an opportunity to evaluate the data, it will be fair," she said.

So this month, parents continue to navigate the process. What aggravates many is the idea that it shouldn't have to be this difficult.

"My suburban friends say, 'Why do you have to do this?' They think this is crazy," said Karen Ferrantella, of Lincoln Park, whose son is applying to selective-enrollment high schools for next year.

"I just wish the city had a lot more really good neighborhood high schools. That would eliminate some of the panic."