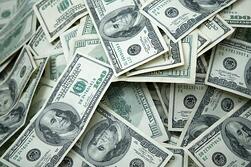 Cash-strapped Chicago Public Schools is racing to spend about $16 million in federal tutoring grants by the end of the summer to avoid losing the money in a program plagued by dwindling participation and financial missteps.

In a district where more than 100,000 students each year qualify for free tutoring courses under Supplemental Educational Services, CPS is struggling to find takers. Attendance has slid from nearly 57,000 students in 2009 to just 22,800 so far this school year, putting millions of federal dollars at risk.

CPS has spent only about half of the $67 million budgeted for SES this year, forcing the district to quickly open a second round of after-school tutoring for an additional 23,000 students in the final two months of the school year.

At stake is about $16 million in federal funds that CPS was expected to spend last year but did not because of low participation. That money was carried over to this school year, but state and district officials say it will be lost if it isn't used by Aug. 31.

CPS is also supposed to spend $17 million remaining from this year's allocation, although there are provisions that would allow the district to carry over those funds to next year.

With little time to prepare for the second round of tutoring, the private companies that provide services are scrambling to find locations and put procedures in place.

Some have called CPS' solution "laughable" and say the district's revolving door of leadership and shifting priorities in recent years have undermined the program.

"(CPS has) just been in disarray," said Al Valdes of the Spanish Learning Center in Chicago, one of dozens of vendors that contract for tutoring services. "It's the responsibility of the district to communicate with parents and families about the importance of (SES) and get them enrolled. That's the role CPS has to play, and they have not been."

These difficulties come as the Illinois State Board of Education is proposing to do away with SES altogether. The state board has asked theU.S. Department of Educationt cut SES funding by half next year and phase it out in future years, giving school districts discretion over how to use those funds.

This would allow districts to focus spending on schools most in need, said state board spokeswoman Mary Fergus, even if it means serving fewer students.

"We're trying to move away from the one-size-fits-all approach and give districts the ability to choose the best intervention," Fergus said.

With the adoption of the landmark No Child Left Behind law a decade ago, ushering in an era of high-stakes testing, the federal government created SES to give extra help in math and reading to low-income students, a demographic that typically scores at the bottom of state tests.

The program seemed tailor-made for large urban districts like Chicago, where tens of thousands of students are reading or performing math below grade level, and 8 out of 10 participate in the federal free and reduced lunch program.

Despite overwhelming need, CPS has managed to enroll just a fraction of eligible students into SES even in its best years. Participation has plummeted in the last three years, a time of changes in leadership and heavy turnover within the district's central office.

CPS spokeswoman Robyn Ziegler declined to speculate on why the district has had so much trouble recruiting students to SES. The district's Frank Shuftan said CPS attempts to reach parents at back-to-school events and with fliers and posters. He said principals also play a role in promoting SES to families who might qualify.

"As a district, it's our obligation to provide our students with the support they need to succeed," Ziegler said. "Tutoring fits an important need for some students."

School districts that receive Title I funds — federal money dedicated to improving conditions for low-income students — are required to set aside at least 20 percent of those funds for tutoring and also to provide transportation for poor students to attend better-performing schools outside their neighborhoods. In the case of CPS, that adds up to more than $50 million a year.

In years when tutoring participation is low, like last school year, CPS is unable to spend all of the Title I money that is required. As a result, the district left about $16 million in SES funds on the table, money that was carried over to this year and increased the amount of money the district was obligated to spend.

"We are aware that the $16 million … must be spent this year, and it will be," Ziegler said.