School Is Back: How to Plan With You’re Child An Early Admission To College 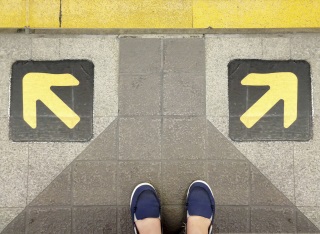 A Look at Early Admission

The college application process can be a stressful experience for both students and their parents, especially when early admission is factored in.

Most anxious parents want to be involved in the college admission process.

For many, one confusing aspect is the difference between Early Decision and Early Action applications. Below is an overview of these two college application options.

What Is the Difference between Early Decision and Early Action?

Early Decision refers to applying to a school with a commitment to enroll in that school if accepted; in this case, all applications to other schools must be withdrawn. Early decision programs are binding.

Early Action programs are not binding; regardless of the admission decision, students may choose to attend elsewhere. Typically, the enrollment deposit is not due until May 1, giving the student time to compare offers from various schools before making a commitment.

In both cases, the application deadline is usually Nov. 1 with notifications of decisions provided in mid-December.

If The Financial Aid Package Is Insufficient, Just How Binding Is Early Decision?

Upon acceptance, a student is offered a tentative financial aid package according to information provided by their family.

Details of this aid package are provided before the enrollment deposit comes due. If the family determines that the aid is not enough to cover the education costs, then the student may decline to enroll by canceling their application.

In this case, however, the offer of admission becomes forfeit.

Since Early Action Programs Are Non-Binding, What Are The Disadvantages Of Applying Early Action?

The answer depends on the school, so it is best to ask each institution to explain their policy.

Some feel that there is nothing to lose by applying Early Action. At most institutions, students who are denied admission during Early Action would also be denied in regular decision anyway.

Those who are deferred early admission are transferred to the regular pool of applicants and will receive a decision by April 1.

In these cases, the school may want to see the first semester senior year grades or to compare the student to other applicants in the larger regular decision pool.

For instance, a student who got off to a slow start in high school would probably benefit from waiting until regular admission in order to present the strongest possible application.